Movement, Transition, Protection by Liberty Worth 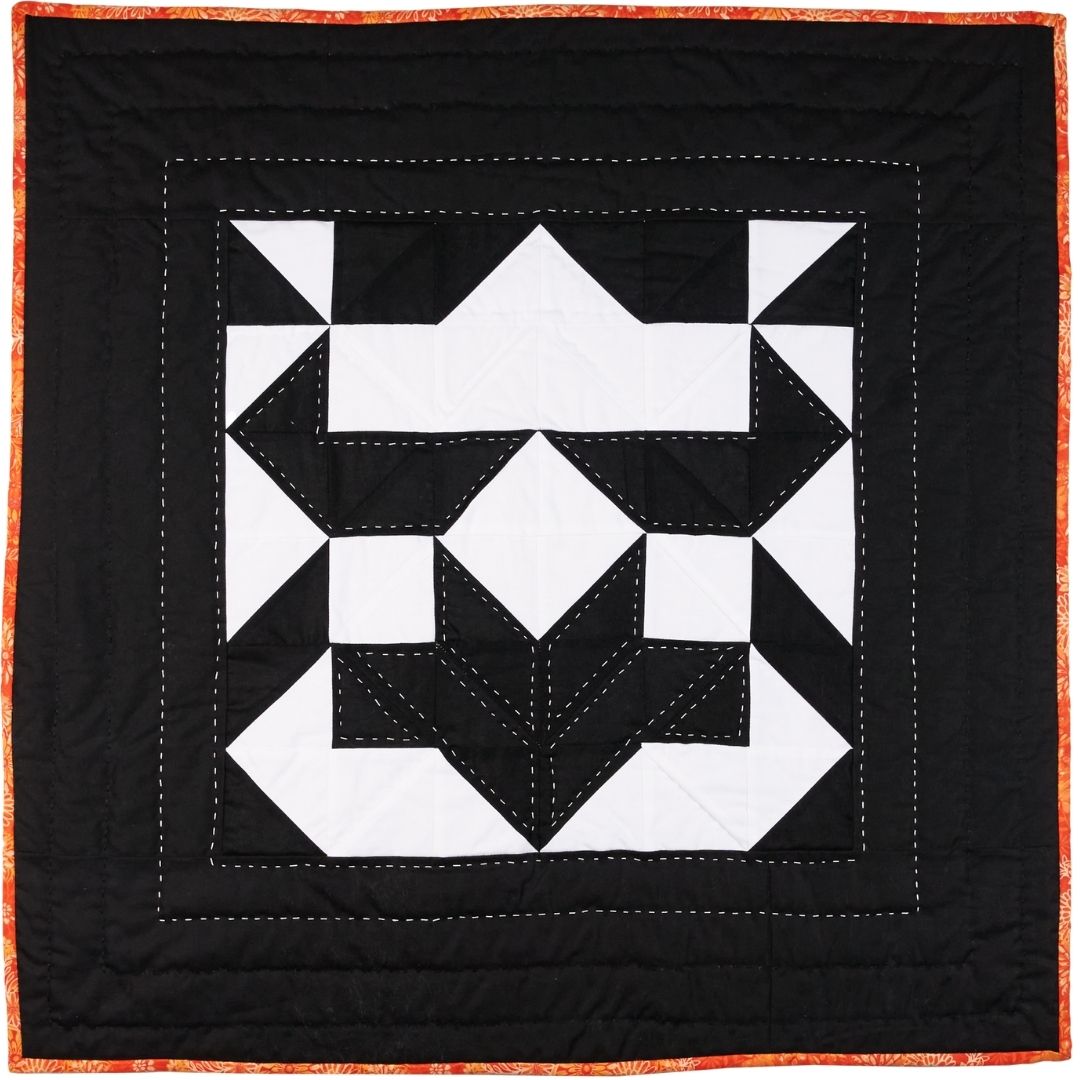 While I don't know much about the specifics of my family's story, I knew I wanted to visually depict that I come from a mixed Asian-American background. I did this by using the black, white, and black/white squares.

What came to mind as I started with the layout was to create arrow shapes pointing in different directions to speak to my family moving in and out of their homelands - lots of transitions. Some black, some white, some mixed colors [showing how] different cultures came together.

I also liked the idea of creating a kind of compass in the middle to represent North, East, South, West, because I have reason to believe that my ancestors were relatively diverse in their backgrounds - be it their respective cultures, religious beliefs, etc.

Lastly, when I stepped back from the piece to finalize it, I liked how there were two boat-like shapes in black facing away from each other over a kind of milagro heart. These shapes were unintentional, and yet when they caught my eye, I felt assured I should stop playing with the squares and keep them as part of the overall narrative of movement, transition, and surely a bit of protection for me [as I tell] this story generations later.