Torii Gate by Liberty Worth 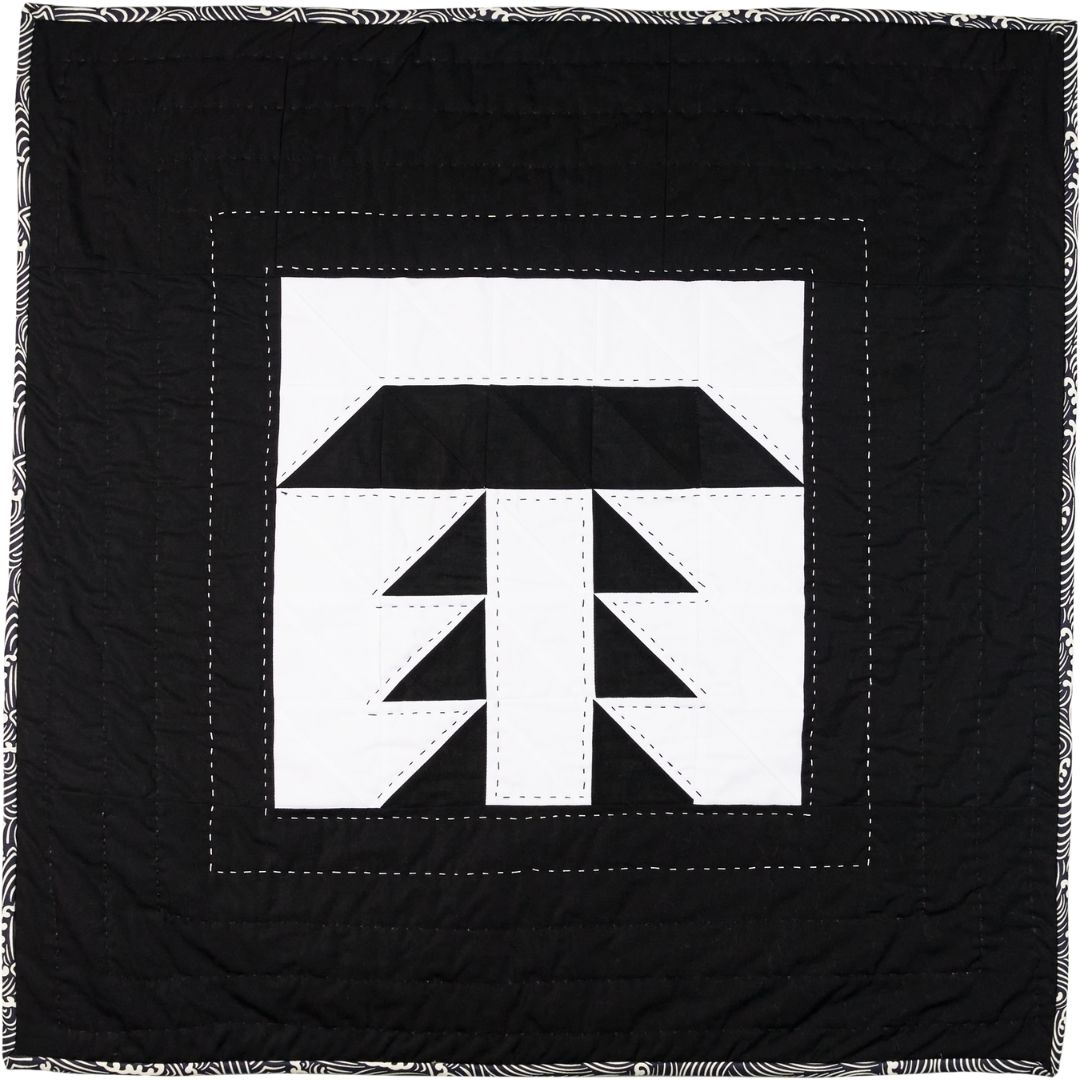 The general shape of the image is that of a torii gate, a Shinto marker between the secular and sacred. My great-grandparents came from Japan, so it's a fitting symbol on the face of it. But the inspiration actually came from a very specific torii gate erected on Terminal Island in San Pedro as part of a memorial to honor the Japanese American fishing village that thrived there before WWII. That's where my great-grandparents settled and where my grandfather was born. He shared several stories with us [from when he lived] on the tiny strip of land.

I started with the vertical sides of the torii very square (black with black squares), but ended up using HSTs to represent the barbed wire of the internment camps of WWII, where all of my great-grandparents and grandparents ended up during the war. Following their incarceration in Poston, Arizona, the Terminal Island family split up across the country. Although my grandfather ultimately returned to L.A., there was no going back to live on Terminal Island.

In 2002, a group raised the [torii gate] monument, and my 105-year-old great-grandmother was one of two living Terminal Island immigrants to cut the ribbon. In some way, I like to think that she was able to come home -- to what they call furusato (hometown, old home) -- before she passed later that summer.

And here I am back in L.A. myself, visiting the monument every so often to remind myself of where I come from. I think in that sense, the shape is not only a torii gate but also an altar, like the Old Testament stones for remembrance.