Home
Shop
Trinity by Liberty Worth

Trinity by Liberty Worth 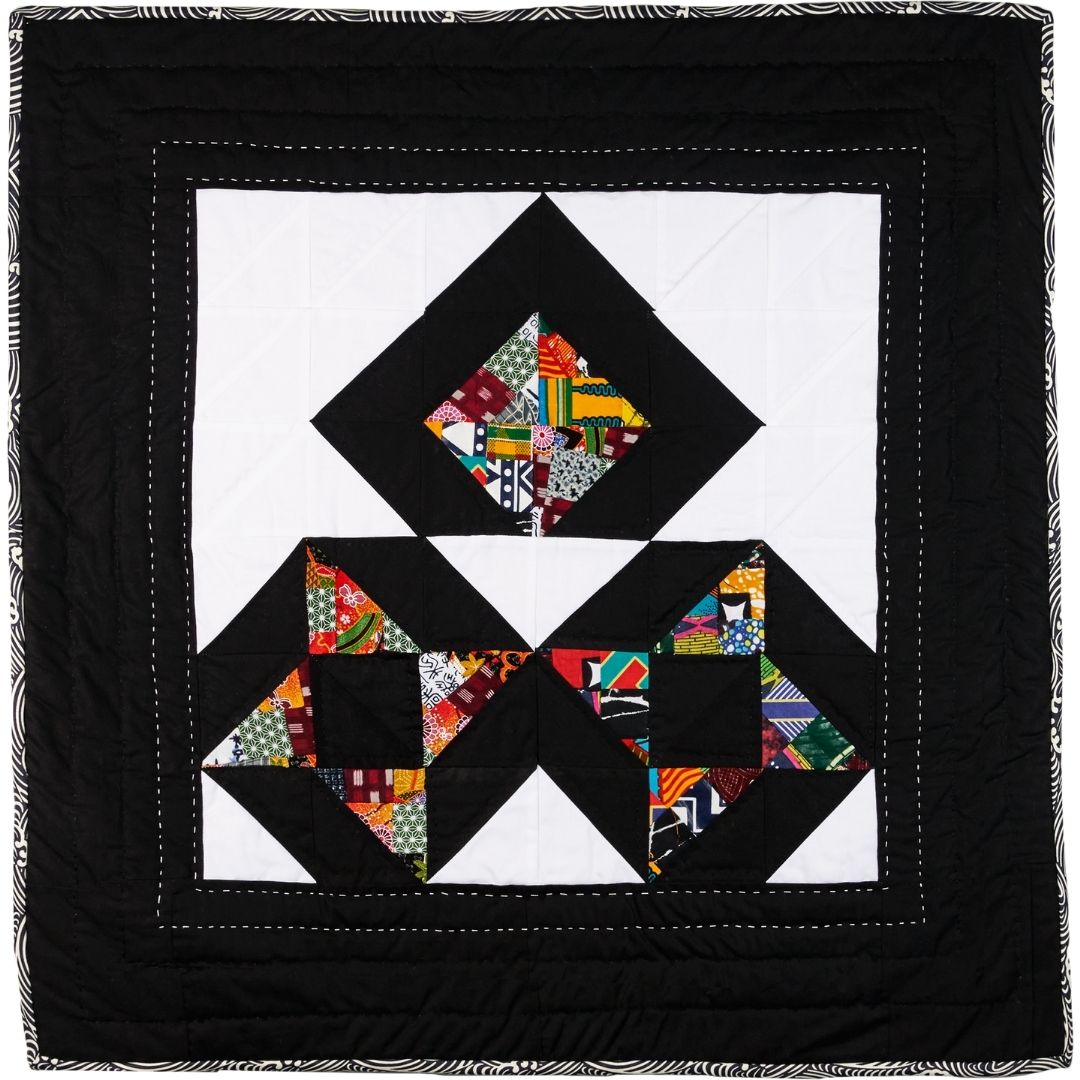 I specifically used Japanese and African fabrics, separating them by type in the two lower shapes. Here, there's a sense of fragmentation, with the outward spirals representing continuing grief and lament, which would have no end if all we had was this broken world. The two separate shapes also represent the often exploited inter-ethnic realities that get played off of each other, whether that's the model minority or oppression Olympics or some other trope.

I used black squares for the inside of these shapes, because the deeper racial traumas of both Asian and African American communities I've been processing over the last year (e.g., my family's internment, the recent Atlanta shootings [in March, 2021], Black friends' ancestors' enslavement and continuing suffering) are not personally my own, although I am both complicit in and affected by the present racial culture and system. In some ways, I am empty of these deeper traumas myself, even as I recognize all of it can have an impact on me.

But where I feel emptied by spiraling grief and conflicting identities and narratives, I turn to the ultimate suffering and grief of Jesus on the cross. Both with us as man and above us as God, he held all of us - the wrongs we've suffered and the wrongs we've inflicted - on the cross as he died for us. This isn't quite yet the picture of "where we hope to be", but it's the only place my grief can find a true, ultimately redemptive home. That hopeful direction is indicated in the fact that I chose slightly different patterns for the Japanese and African fabrics used...there's a transfiguration starting to happen in the midst of grief.

And finally - I say this last part with a bit of an eye roll, as it comes directly from my father's psychiatric career and he would laugh if I relayed my thought to him - there's a need for integration, rather than splitting within myself and within everyone. It's easy to make narratives about us or other people being good or bad, but we have to acknowledge our own complexity in doing both throughout our lives and make space for grieving, lamenting, and repenting.