Uneven Seas by Liberty Worth 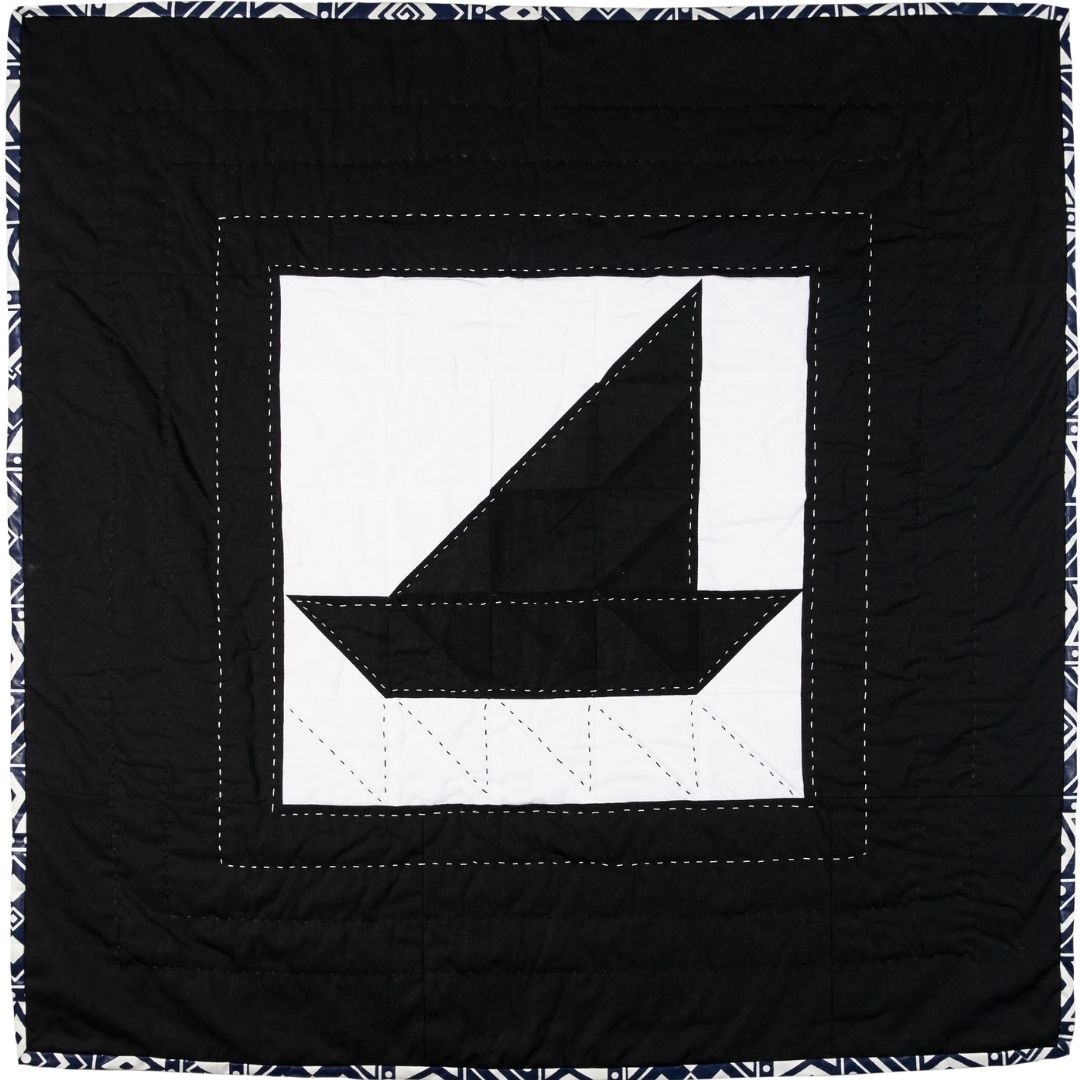 [As I participated in the WWHB workshop,] I thought of my father's mother, Sue Margulis Diamond, who was born in Bresilov, Ukraine in 1912. Her father came to the United States when she was a baby, and eventually sent money for her and her mother, Hannah, to join him. As they were leaving Ukraine, the boat they were on with other refugees capsized. My great grandmother, who was a strong swimmer, carried my grandmother on her back to safety. We have a photograph that was taken of them, still soaking wet, to prove to my great grandfather, Nathan, that they were alive. They eventually recovered in Vienna before joining him in the United States and settling in Chicago.

My father wrote [his mother's] story down for me recently, and it is a treasured piece of my family history. This boat represents my grandmother's journey, and that of so many others who traveled to this country in search of a brighter future. I have pointed the white squares in different directions to represent the waves, both literal and symbolic, that buffeted her and others along their way.